Lots to Think About

Many people are making moves outside United States borders. There are quite a few reasons for this. Taxes, living expenses, cultural changes, exploration—some people make the move under a rationale that is totally unique.

Whatever the reason, if you’re about to become a permanent (or semi-permanent) expat, there are things you need to know. Where should you go, how should you get there, what are local legal challenges you’ll face, how will you manage money?

These are important questions, and they’re just the tip of the iceberg. In this writing we’ll go over five tips you should definitely think about if you’re intending to make a new country your home for the first time.

1. This Should Go Without Saying: Choose the Right Country

Russia is actually a better option than many realize, you should probably steer clear of Venezuela, Panama is a fine option, Mexico is good if you stick to “tourist” areas and have a community you’re going to touch base with.

However, in Mexico are many cartels, in Russia it gets cold, and in Panama, though you can live well on less, some infrastructure options differ. The point is, there are going to be positives and negatives wherever you go–but what are you willing to deal with, what can you deal with, and what are the true deal breakers?

Whatever country you choose to make your new home, you need to know the pros and cons of living there. Culturally and governmentally, you’ll find significant changes when you compare the new locality to where your home country is. A very notable consideration will be healthcare. America has the best medicine in the world, but not the best pricing.

Meanwhile, in Mexico, you can get dirt-cheap medical help, but it’s not going to be as qualitative. So where is the balance? You’ll want to explore multiple options. Taiwan and Thailand may be considerable for many in terms of price, infrastructure, and amenities. Look at no less than ten countries, comparing pros and cons beyond mere price. Really take your time, and get advice in addition to your research.

2. Be as “Invisible” as Possible Until You Find Your Stride

There are things you don’t know. In fact, you don’t know what you don’t know. It’s like being an underclassman, or a new hire on a job site. Even if you’re a good worker or a smart student, the way things work in reality, and the way they work in the real world, will differ. The same is true of any new country.

The question then becomes: why would you involve yourself in a local political cause if the language itself is something you’re just getting the hang of? There’s something called the law of first impressions, and if you’re moving to a new country, you don’t want to couple culture shock with a bad reputation.

Until you truly understand the situation where you’ve moved, be as invisible as possible. You want to live well and cause no trouble—not until you understand what’s going on. Doing that which is right may well require getting out of your comfort zone, but you need to understand a given situation before you weigh-in for any reason.

Something else to consider is asset transfer internationally. Often you can’t carry cash with you between countries; you’ll get stopped at customs, and your assets confiscated.

Accordingly, it’s definitely advisable that you do a little homework on how to send money internationally for more details check Where can I Live. Sometimes you’ve got to purchase something internationally and liquidate the asset when you arrive so you better inform yourself properly.

Sometimes the asset can’t be transported for one reason or another–Cuban cigars come to mind; though the embargo is no longer in effect. You need to have emergency asset transfer options available, solutions for necessary cash-on-hand, and a strong understanding of legal realities associated with your new home as regards assets.

Sometimes there are tax realities that aren’t immediately apparent, and can definitely get you in trouble with the authorities if you’re seen to be remiss in any way. 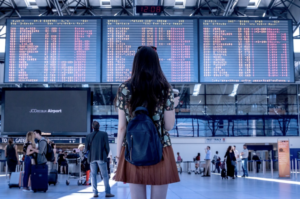 4. Be Sure You Have Regular Income

Even if you do everything perfectly, there will still be issues you have to contend with. Don’t expect to trust the government of any country. You need an income source. It may be worthwhile to make a new source of income a major defining factor as regards where you choose to move.

For example, teaching an English as a Second Language (ESL) course represents a fine mode of income for many expats across the globe. The thing is, a lot of individuals in this category are retired. Working is either impossible or much too difficult to be worthwhile. That’s a hard position to be in when you’re in a new place with limited resources.

Granted, you may be perfectly safe if you’ve saved up a retirement “nest egg”, but it’s very wise to have collateral income regardless. What if your assets are unceremoniously seized by your home country or the one where you’ve moved?

If you don’t have an option for income in that scenario, you may have no ability to sustain yourself, and that can be quite dangerous. All over the world, people fall through the cracks. It’s a collateral feature of modern society. You don’t want to be one of them. Having a way to make money where you are won’t totally prevent that instance, but can help.

You’re not alone, there are many expat communities in just about every country—except, perhaps, North Korea. Find those communities before your move and touch base with them. You need some sort of option should things not go as you expected them to.

Expat communities let you know what to watch out for, what privileges or other options you have over your home country, and what opportunities exist for you specifically as an expat. Also, they’re likely in the same sort of situation you are. They know what you’re feeling, can provide companionship, and like you, they’re looking for added security.

With such communities, you can involve yourself in regular social outings, or just touch base sporadically as it suits you to. Also, if there are opportunities for income for people like you from your mother country, these communities are often the first to know.

Being Prepared for Your New Home

Making the move to leave your home country can be a very wise choice; you just need to think things out in advance and give yourself the resources you need to succeed. Getting advice and doing your homework represent key elements in a successful transition from the USA to a new country of residence.

If you’re about to be a first-time expat, finding additional expat communities, securing regular income in addition to existing assets, learning how to transfer assets internationally, being “invisible” until you properly understand your new surroundings, and choosing the right country will be five of the most important things you want to think about before the move.