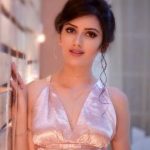 Neetu after completing her Modelling course, started working as a model from early part of year 2017. She initially worked for Ad shoots for different Fashion Brands. Neetu worked for both Indian wear and western wear brands. She also appeared in her first Print Ad in retail Magazine “Images Retail” in September 2017.

In February 2018, she got her first break in acting career. She featured in the Punjabi Music Video “PYAR HI MANGYA” directed by Maan Kumar and sung by Kamy Kashyap. Later she worked in music video “CHHORI“. She also did a web series with Director and Writer Amit Bhadana.

Neetu became immensely popular on Instagram and TikTok Platforms. She gathered 6.6 million followers on TikTok and 386 thousand followers on Instagram. She was approached by brands to promote them in her social media accounts. Today she is a successful Social Media Influencer.